By Dave Hompes on 15th September 2016 in Uncategorised

Did you know that you actually have a serious genetic disease?

It’s called “I can’t make vitamin C disease” and as far as science knows, it affects every single human on the planet. 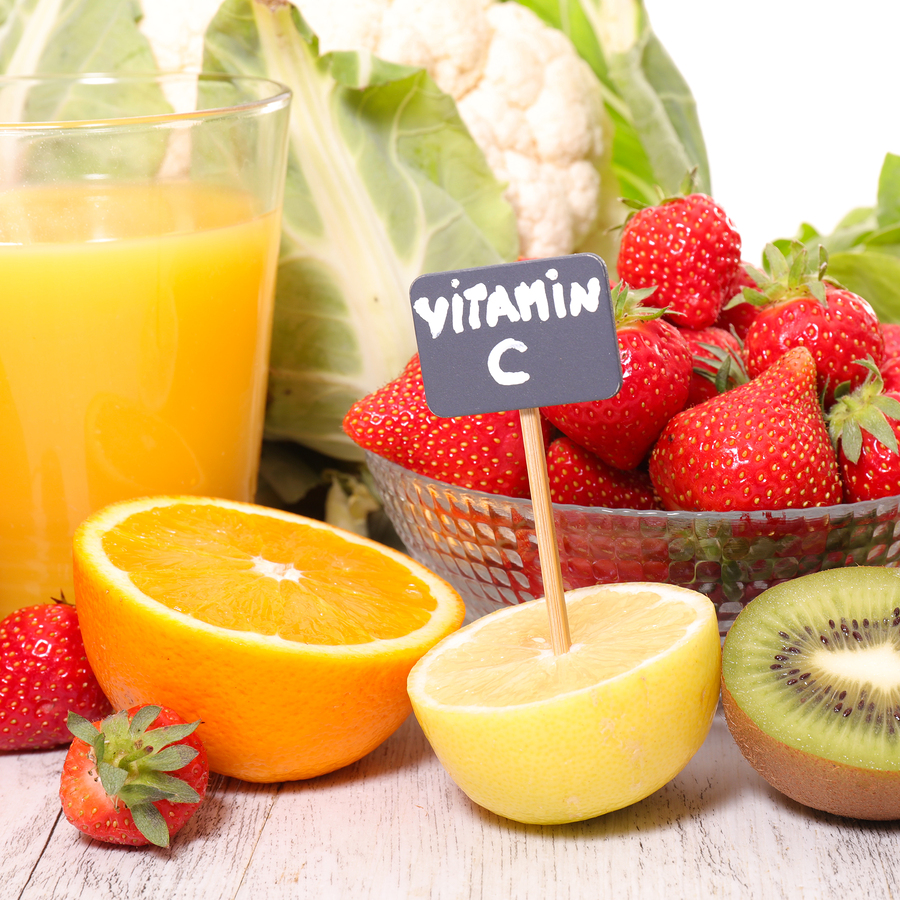 Doctors rarely, if ever talk about it, which is a shame because what you don’t know about this disease can hurt you in many ways.

Fortunately, there is a cure, and it’s easier than you might think.

Nearly all mammals, with a few exceptions, can make their own vitamin C. They manufacture it in their liver according to the amount they need.

Production increases significantly during times of stress, such as mental/emotional taxation or an infection.

In fact, when animals are injected with toxins or infections, their vitamin C production in the liver increases manifold.

However along with most species of bats, guinea pigs, capybara and some of the primates, we humans lost our ability to make our own vitamin C (ascorbic) acid due to genetic changes.

We’re missing an enzyme along the chemical chain that takes glucose and turns it into vitamin C.

As such, we rely on receiving adequate vitamin C in our diets to stay healthy.

Unfortunately, most people don’t get enough from their diets, especially during times of stress and infection when demand is significantly increased.

The importance of vitamin C

Because we’re not educated about the importance of nutrients at school, we tend not to appreciate just how important they are.

The word vitamin has only been used since around 1912, and is derived from the Latin ‘vita’, which means ‘life’.

We need vitamins to stay in optimal health and to survive, with each individual one carrying out a multitude of roles in the body.

Whilst every cell in our body requires every nutrient, vitamin C deserves special attention because of the many important roles it plays in maintaining wellness and preventing illness.

Because we can’t make vitamin C, we need to get it from our diet. Unfortunately, we simply don’t get enough in most cases.

Outright vitamin C deficiency is called scurvy and involves the breakdown of connective tissue that holds and binds body tissues together.

As you may know, scurvy is a big deal – sailors used to die from it on a fairly regular basis due to a lack of vitamin C intake when they were away on voyages. 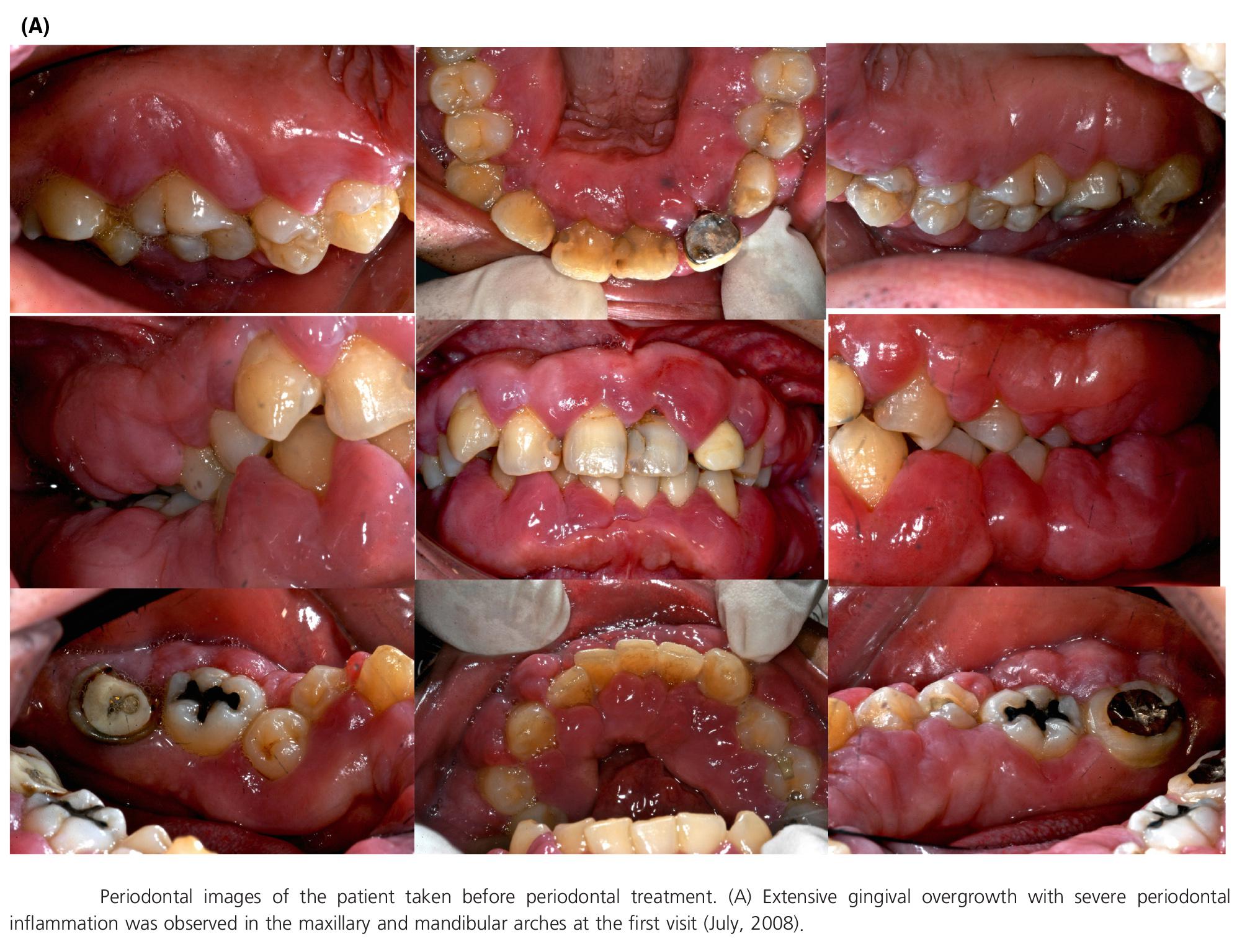 Here, you can see a severe case of scurvy/vitamin C deficiency along with infection (original image: http://emedicine.medscape.com/article/125350-clinical)

In scurvy, the body tissue breaks down from the inside out. Arteries connective tissue and so forth cannot remain strong in the absence of vitamin C.

In the photo, you can see the mouth of someone with pretty severe scurvy, where the gums and oral structures have broken down.

Imagine this happening everywhere in the body and you’ll get a picture of what outright vitamin C deficiency can do.

Because of our advancement in nutritional knowledge, it’s not common for people to have scurvy these days, especially in the developed world.

Because vitamin C is such an important nutrient with a broad base of biochemical activities, deficiencies can cause a lot of challenges.

It’s not obvious that inadequate vitamin C is causing these challenges because the effects may be indirect.

In the literature, vitamin C has been associated with the following common symptoms:

Increased susceptibility to infections (two time Nobel Laureate Linus Pauling wrote an entire book on how vitamin C protects against colds, and other authors such as Tom Levy, M.D., has extended these ideas).

Wouldn’t you agree that there are plenty of people walking round with these symptoms?

I did a lot of research in this area when I wrote my book, H. Pylori – From Heartburn to Heart Attacks.

A dramatic title, for sure, but one I chose consciously to raise awareness of a complete lack of regard in medical circles for the true underling causes of heart disease, which extend way beyond high cholesterol and obesity.

Anyway, I consumed a lot of information on the role of vitamin C in cardiovascular health for the book and was blown away by what I learned.

He said that low a below optimal vitamin C level leads to weakened arteries, which succumb to wear and tear from blood flowing by.

It’s interesting that arterial blockages tend to occur in areas where blood is flowing fastest. You would expect it to be the other way round with depositions occurring where blood flows slowest.

Arterial weaknesses caused by vitamin C deficiency (and other factors) erode and damage arterial walls, leading to an immune response that attempts to repair the damage.

Immune cells, along with cholesterol and fats, that are trying to patch up the damage to arteries ultimately cause build up of arterial plaque (atherosclerosis).

I don’t think vitamin C deficiency is the only reason for the initial build up of plaque, but it’s certainly a contributing factor (other factors include high homocysteine, heavy metals, infections, other nutritional deficiencies and so on).

In addition to Pauling’s work, I came across work by several other experts, including these:

Here some excerpts from these books:

“Overall, then, a focal vitamin C deficiency in the arterial wall “degenerates” the basement membrane allowing the abnormal deposition of solutes such as calcium, cholesterol, and fats. Subsequently, there is a proliferation of macrophages in the basement membrane, which continues as long as the abnormal deposition of solutes continues. And, until vitamin C levels in the arteries normalize, abnormal deposits will continue to appear and macrophages will continue to proliferate and engulf the solutes, thereby continuing the relentless progression of atherosclerosis.”

The book “Stop America’s #1 Killer: Reversible Vitamin Deficiency Found to be Origin of All Coronary Heart Disease”, is a must-read for anyone wanting to understand how vitamin C influences heart disease.

So what? Well, the above benefits will drastically reduce your risk of developing cardiovascular disease as well as other health challenges.

Another doctor, in fact an ex-cardiac surgeon, who is quite outspoken on nutritional management of cardiovascular health is Dr. Stephen Sinatra. He has this to say about the benefits of vitamin C:

For people with atherosclerosis, it decreases the incidence of adverse cardiovascular events and related deaths by 40 to 60 percent.

Again, I’m certainly not saying vitamin C is the only reason for cardiovascular disease, I’m merely pointing out some of the issues around this critical nutrient that your doctor won’t be telling you and which, for whatever reason, the media doesn’t talk about.

To summarise, unlike most other mammals you can’t make your own vitamin C, meaning you have to take it in from the outside, whether in food or supplement form.

If you don’t get enough vitamin C, you’re not going to feel as well as you could, and you’re almost certainly likely to increase your risk of developing some form of illness further down the line.

These diseases include cardiovascular disease, and we haven’t even mentioned cancer, which vitamin C deficiency is also associated with.

Unfortunately, because of stress, infections and toxins we all tend to use up our vitamin C faster than we did a few hundred years ago, and because diets are nutritionally poor, you’re probably not getting an optimal amount of vitamin C in your diet to maintain optimal levels.

So what can you do about this? What can you eat more of, or less of? What supplements can you take, and in what dosage? And are there any supplement delivery methods that are superior to others?

In part two of this article, we’ll explore how you can test your vitamin C level, measure your daily intake, and choose the best supplements for optimizing your level.

If you like what you’re reading and feel we can assist you in overcoming whatever health and performance challenges you may be having, you can learn about arranging a case review and consultation here.

That’s all for now – see you in the next article, which covers:

View all posts by Dave Hompes →
Feel ill but blood tests normal? Read this.
Don’t let genetic iron overload creep up on you